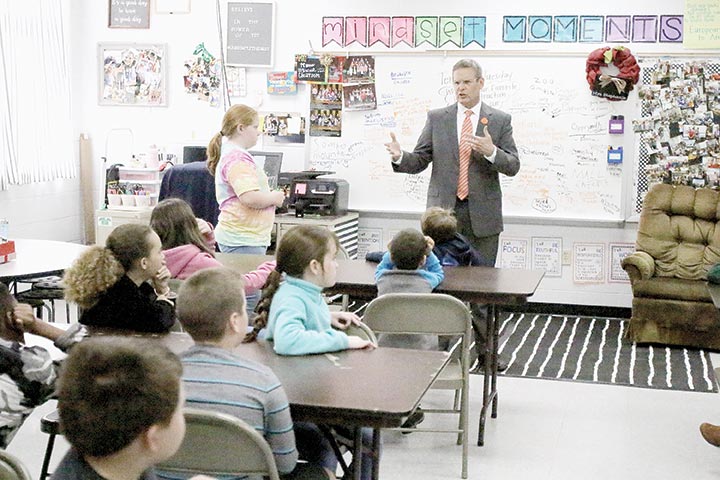 Making straight A’s in school may not be a realistic accomplishment for every student, but doing  the “best you can” will always lead to success, Tennessee Governor Bill Lee related to Stephanie Inyart’s fourth grade class at Union Heights Elementary School. “If you do the best you can do and follow your teachers instructions, then you will be successful in life,” Governor Lee said. Last Tuesday, the governor was at the elementary school for his first official visit to Smith County since being elected to the state’s top governmental position last year. While teaching social studies, Inyart says she likes for her students to “learn through experience not just words”.

Thinking outside the box, Inyart found a location on a state website where requests for an appearance by the governor could be made. After weeks of planning, Governor Lee arrived at the school around 1:30 p.m., last Tuesday (December 3). While visiting Inyart’s class, students quizzed the governor about his current occupation. During the question and answer session, the governor noted the United States was special in that its elected officials, such as the governor, were servants of the people, unlike some nations which have kings and dictators.