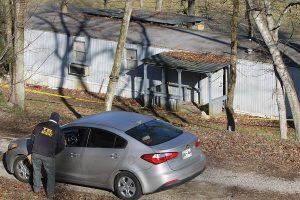 A woman, who was the victim of a stabbing incident at the Boyd Lane mobile home where a deadly officer involved shooting occurred on December 19, has been released from the hospital. The victim says she was stabbed in the ear, two times in the head and neck and twice in the back during the attack.

The 42-year-old woman said she was hospitalized under an assumed name in Vanderbilt University Medical Center’s trauma unit for about two days after being transported there by ambulance from Riverview Regional Medical Center.

While her physical wounds are healing, the victim says she is still suffering emotionally and psychologically from the incident and was scheduled to enter a mental health facility in Cookeville for therapy this week.