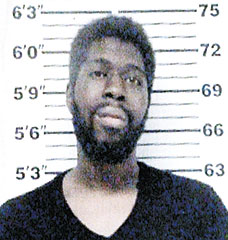 ONE FACING CHARGES AFTER HEROIN OD

A man faces charges after two people were transported to the hospital over the weekend for heroin overdoses, one having to be resuscitated by ambulance personnel. The incident occurred Saturday when a male and a female were transported to Riverview Regional Medical Center as result of an overdose on Agee Branch Lane which is located off Hickman Highway near Gordonsville.

Sheriffs department K-9 officer Sgt. Junior Fields, Deputy Nathan Williams and Deputy Robin Bellar went to the hospital to speak with the two after the overdoses occurred. According an to offense report, the two individuals who had been hospitalized for the overdoses said they had worked out a deal to trade a tablet for heroin. William Chavez Cartmell, 30, Hickman, was charged with possession of a schedule I drug, reckless endangerment and possession of drug paraphernalia.