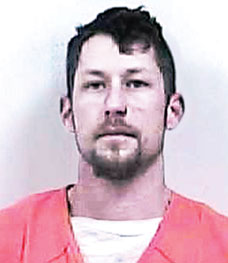 A man is suspected of dumping more than a pound of methamphetamine along the Interstate 40 as police were chasing him along the thoroughfare.

In Smith County, law enforcement officers recovered approximately 500 grams of a substance which they believe to be methamphetamine during the three-county pursuit, according to the Cookville Police Department. Also, local law enforcement were temporarily involved in the pursuit as it passed through the county.

The pursuit began in Putnam County, passed through Smith County and ended in Wilson County. The incident began in Cookeville around 12:48 a.m., Wednesday when officers with the Cookeville Police Department received information that an individual traveling in a blue, 2004 Audi A4 had been involved in illegal drug activity.

According to Cookeville police, the driver was identified as Dustin Moody, 30.