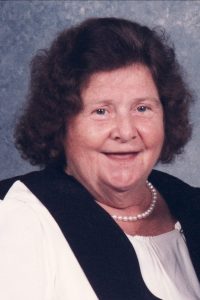 Mrs. Lillian Sexton of South Carthage passed from this life into eternal rest at 11:09 p.m. Friday evening March 20, 2020 at the age of 89. She had made her home at the Smith County Health and Rehabilitation Center in Carthage since September 7, 2007.

Mrs. Sexton was a member of the Jared Missionary Church in the Ditty Hollow at Chestnut Mound.