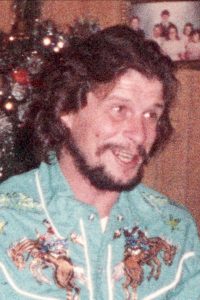 Mr. Rex Nesbitt Jr. of the Turkey Creek Community died at the age of 62 at 12:32 a.m. Monday morning March 16, 2020 at the Alvin C. York Veterans Administration Medical Center in Murfreesboro where he was admitted March 2nd.

Mr. Nesbitt was cremated at Cumberland Family Services in Algood.

Mr. Nesbitt was preceded in death by a brother, William Jerdon Nesbitt who was killed in an automobile accident on the Carthage By-Pass at the age of 30 on September 5, 2003.

Mr. Nesbitt was a 1977 graduate of Smith County High School and was of the Baptist faith.

He, along with his late father, Rex, and uncles Roger and Phillip Nesbitt were well known brick masons.

Mr. Nesbitt had retired due to ill health.