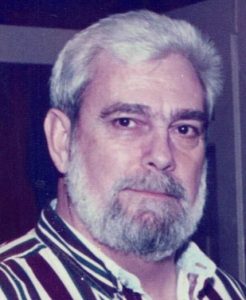 Mr. McGowan was born May 17, 1945 in Antioch, son of the late Maclomn McGowan and Ida Elizabeth Hall McGowan. He married Judy Bennett on October 15, 1966 at the Gordonsville Nazarene Church by Bro. W.Q. Shearton. Mr. McGowan was preceded in death by son, Jimmy Darrell McGowan on February 26, 2003; brother, Roger McGowan; and sister, Vera Baskin.

Mr. McGowan worked at the Gordonsville Zinc Mine for 27 years and at Union Heights School for ten years. He was a founding member of the Gordonsville Fire Department. Mr. McGowan helped organize the first youth football team in Gordonsville – The Youth Tigers – which won the championship that year. He was an avid sportsman.

He will be sadly missed by dear friends and loved ones.

The family will hold private funeral and interment services.

Donations in Mr. McGowan’s memory may be made to Jaxon and Declan’s scholarship fund.

Donations and flowers will be accepted at the funeral home.