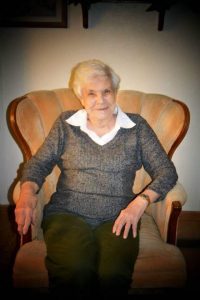 Mrs. Carol Carmack, a homemaker of the Russell Hill community, died peacefully Saturday morning, May 23, 2020, at the Smith County Health and Rehabilitation Center in Carthage where she had made her home since July 25, 2017. She was 84 and suffered from dementia.

Funeral services by Pastor Teresa Brooks of Georgia were conducted at 3 p.m. Tuesday afternoon, May 26th, from the Carthage Chapel of Sanderson Funeral Home. Burial followed in the Davis Cemetery in the Russell Hill community of Macon County.

In December of 1959 she was united in marriage to Livingston, Tennessee native William Thomas “Billy” Carmack, who preceded her in death on February 11, 1998 at the age of 61, following thirty eight years of marriage.

They were preceded in death by a son, James Dale Carmack, who died at the age of 16 on September 22, 1977 as the result of a two vehicle automobile accident in Pleasant Shade on the night of September 21, 1977.

Mrs. Carmack, in her younger years, was employed at the Texas Boot Company in Hartsville.