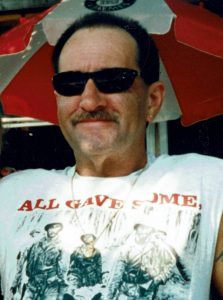 Chief Jackie Camp was born October 31, 1944 in Dyersburg, a son of the late Percy Miller Camp and Etta Laura Agee Camp. He was also preceded in death by brother, Jimmy Camp. Chief Camp served his country in the U.S. Army during the Vietnam Conflict. He worked in law enforcement for 36 years. Chief Camp graduated from the School of Law Enforcement in Memphis and began working for the Memphis Sheriff’s Department. He worked for the DEA as an undercover agent for 13 years, then for the Watertown Police Department. Later he became Chief of Police in Lakewood where he kept the position until his retirement on November 20, 2002. He married Sharon Renae Huff on February 14, 1998.

Memorial services for Chief Camp are scheduled to be conducted at the Carthage Chapel of Bass Funeral Homes on Saturday, June 13, 2020 at 4PM.

Visitation with the family will be at the Carthage Chapel of Bass Funeral Homes on Saturday from 2PM until service time at 4PM.

The family requests memorials be made to New Leash on Life or the Joy Clinic in Lebanon.