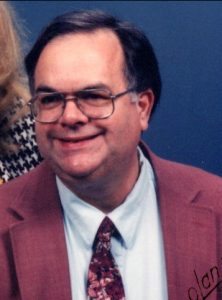 Mr. Gary Gatlin, of the Graveltown community, died peacefully at 12:02 a.m. early Saturday morning, July 18, 2020, shortly after midnight at the age of 72 at the Smith County Health and Rehabilitation Center in Carthage, where he had made his home since June 18th. He suffered from complications of a stroke.

Mr. Gatlin was at the Carthage Chapel of Sanderson Funeral Home. Graveside services and interment were conducted on Wednesday afternoon, July 22nd, at 1 p.m. with eulogies by the family.

Interment followed in the Climer family plot in the Beasley-Brooks section at the Dixon Springs Cemetery.

He was a 1965 graduate of the former Isaac Litton High School on Gallatin Road in Nashville and graduated from the Vanderbilt University in Nashville in 1969 with a Bachelor of Science degree in Electrical Engineering.

Following graduation from Vanderbilt he took a position with Westinghouse Electric in Baltimore, Maryland.

At the Donelson Church of Christ on April 5, 1980 he was united in marriage to Graveltown community native, the former Bonnie Sue Climer.

Mr. Gatlin was a member of the Donelson Church of Christ.

He retired in 2006 from the State of Tennessee where he was an engineer in the Division of Air Quality Control with over twenty six years of service.

Surviving, in addition to his wife Bonnie, of over forty years, is a sister, Brenda Gatlin ViDaurri of Kansas City, Missouri and a brother, Ronald E. Gatlin and wife, Lori, of Hendersonville.