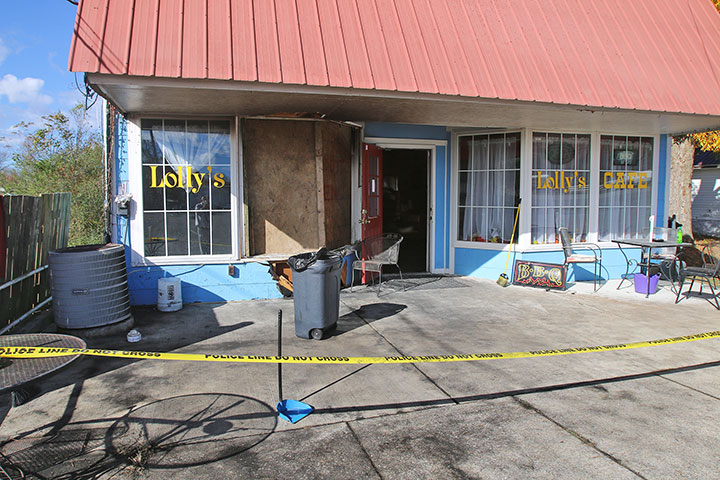 The hay bales were part of a fall scene. No electricity or lighting was part of the fall scene. “A citizen happened to be driving by and reported it,” said Fire Chief Joe Hiett. The heat from the fire busted out part of the front windows at the restaurant. “We had good response from our firemen.

Also, the Carthage Police Department used fire extinguishers to help put out the fire in the hay,” Chief Hiett said.