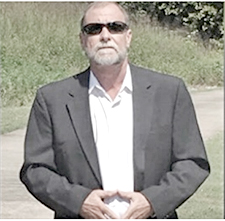 Donald Hartford Young  died Monday morning, January 4, 2021, at Vanderbilt University Medical Center from complications of acute myeloid leukemia which had been diagnosed the previous Saturday. He was preceded in death by his granddaughter Ava Bright. Don was born on August 31, 1958 at the Petty Clinic in Carthage, Tennessee to Mary Sue Starnes Young and Loyd Donald Young, one of his namesakes. His other namesake, great-grandfather Lewis Hartford Young, was the first direct family predecessor to live on the family’s Smith County Century Farm in Stonewall, Tennessee. Don lived on this farm until 1963 when his parents moved to Lebanon, Tennessee where Don attended school and graduated from Lebanon High School. Don’s career included technical support and direct sales for a manufacturing industry and most recently providing services to a private security company. While never a member of the armed services, Don supported them through his volunteer work with the Army Sniper Association.Don returned to the farm, building a house there in 1995 with his family. Don is survived by his wife Regina Kemp Young and their son Josh; stepdaughters Krista Bright and her husband Jim and Brooke Stemmer and her husband Tyler; and was “Pa” to grandchildren August, Aynslee, Havan, Austin, Addison, Aaden, and Aniston. Don is also survived by his brother Kevin and his wife Karen.A visitation for friends and family will be held at the Gordonsville Chapel of Bass Funeral Homes from 11:00 AM until 1:00 PM on Friday, January 8, 2021 followed by a memorial service.In lieu of flowers, memorial donations to the Gordonsville United Methodist Church or the Leukemia & Lymphoma Society are requested.