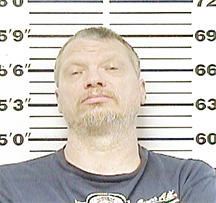 A sheriff’s department deputy located 84 grams of methamphetamine which a male subject says he had “just purchased” prior to being stopped on Alexandria Highway. According to an offense report filed by K-9 officer Sgt. Ridge Long, the man charged in connection with the methamphetamine admitted to picking up the illegal drug “usually once a week” in the “Nashville area”.

Sgt. Long stopped the vehicle which Soales was driving on Alexandria Highway and Edge Wood Road after noticing the license tag on the vehicle was improperly displaced. According to Sgt. Long’s offense report, Soales admitted his license was suspended, upon being stopped.
READ MORE IN THIS WEEKS COURIER!