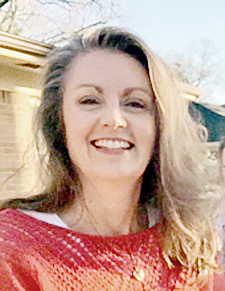 Ms. Candy Williams, of Brentwood, died peacefully at 12 noon Saturday, February 13, 2021, surrounded by her loving and attentive family at her Stone Run Drive home, following a three year battle with metastatic breast cancer. She was pronounced deceased at 2:18 p.m. by Alive Hospice. Ms. Williams was 52.

Funeral services will be conducted Thursday afternoon, February 18th, by her pastor, Eld. Dewey Dyer, and former pastor, Eld. Kenny Hensley. Following the 1 p.m. funeral services from the Carthage Chapel of Sanderson Funeral Home, burial will be in the Wilkerson family lot in the Garden of Gethsemane at the Smith County Memorial Gardens.

The Williams family will receive friends at Sanderson in Carthage on Wednesday, February 17th, from 1 p.m. until 6 p.m. and on Thursday from 10 a.m. until the 1 p.m. services.

She was a 1986 graduate of Upperman High School in Baxter and graduated from Tennessee Technological University in 1990 with a Bachelor of Science degree in computer science.

Ms. Williams had been employed since October of 1990 with the Tennessee Bureau of Investigation in the Nashville office as Applications Development manager.

Ms. Williams was a member of the Chestnut Mound Missionary Baptist Church.