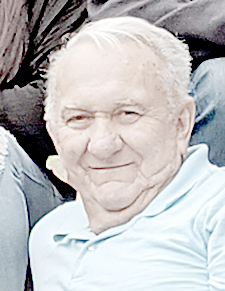 He suffered from the effects of Agent Orange which he contracted from his military service and his first confirmed diagnoses was June 24, 2013.

Mr. Swicegood was one of six children and was born Carl Ray Swicegood in Lebanon at the former Martha Gaston Hospital on April 25, 1948 and was the son of the late Carl Swicegood and Laura Marie Barnes Swicegood Henson who died at the age of 80 on August 20, 2002.

Mr. Swicegood proudly served our country with the United States Army during the Vietnam War serving in the war zone for eight months and fifteen days with the 534th Transport Company. He was inducted into the military in Cleveland, Ohio on October 24, 1966 and was honorably discharged with the rank of Specialist Fourth Class in Oakland, California on October 10, 1968, making his total service one year, eleven months and seventeen days.

Mr. Swicegood was saved in May of 1990 and was baptized by Eld. R. C. Bennett into full fellowship of the East Carthage Missionary Baptist Church where he remained a loyal and faithful member until his death.

He was a member of the Difficult Masonic Lodge # 451 of Free and Accepted Masons.

Mr. Swicegood was a former over the road truck driver and in 2002 retired from the Dana Corporation in Gordonsville in industrial maintenance.

Coming in third in his life behind his God and his family was his love for fishing, which he did as often as possible while health permitted.