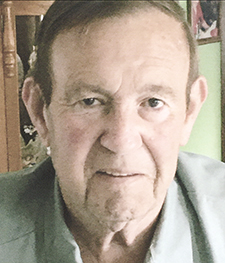 Horseshoe Bend Community resident, Mr. Gary Massey age 68, died at 8:01 p.m. Thursday evening May 27, 2021 at the Smith County Health and Rehabilitation Center in Carthage where he had been cared for since May 21st suffering from pancreatic cancer with which he was diagnosed in February of this year.

Mr. Massey was at the Carthage Chapel of Sanderson Funeral Home where his funeral services were conducted on Monday morning May 31st at 11 a.m. with his pastor, Bro. Wallace Caldwell officiating. Burial followed in the Garden of the Cross at the Smith County Memorial Gardens.

Born Gary Randall Massey at the former McFarland Hospital in Lebanon on September 6, 1952, his family lived in the McClures Bend Community until 1962 when they relocated to his Mother’s family farm in the Horseshoe Bend Community.

Mr. Massey was united in marriage on December 15, 1979 to Detroit, Michigan native, the former Judith Ann Lemaster. The ceremony was performed at the then Dixon Springs Community home of Mr. Massey by the former Smith County Judge, the late Jack C. Kittrell.

Mr. Massey was employed as a truck driver at the Cumberland Supply Co. in South Carthage beginning in 1972 and he retired on September 9, 2011 with thirty nine years of loyal service as a dedicated employee.

He was a member of the Mt. Zion United Methodist Church in the Sullivans Bend Community.

The Massey family has requested memorials to the Mt. Zion United Methodist Church.