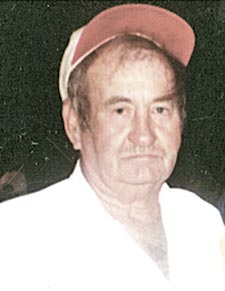 World War II Marine veteran, Mr. William Enoch of Carthage, died at the Smith County Health and Rehabilitation Center in Carthage on Friday evening June 4, 2021 at 8:02 p.m. where had spent his final days of rest since May 27th.

Mr. Enoch’s pastor, Bro. Lanny Thomas, officiated at the 11 a.m. Monday morning June 7th funeral services from the Carthage Chapel of Sanderson Funeral Home. Burial with full military honors was beside his wife, Bessie Enoch, of over thirty five years in the Davis Cemetery in the Russell Hill Community.

Following the early death of his mother he was reared in the home of the late Mack Sidney “Sid Harpe who died August 18, 1952 at the age of 68 and Florettia “Rettie” Plumlee “Mammy” Harpe Sircy who died December 2, 1964 at the age of 75.

Mr. Enoch proudly served our country with the United States Marines during World War II having been honorably discharged with the rand of Private 1st Class at the Marines Separation Center in Great Lakes, Illinois on April 28, 1947. He was the recipient of the Good Conduct Medal and a Rifle Marksmanship Badge.

He was an accomplished rock and brick mason and loved his five sons, one of which he lost due to complications from a massive heart attack. The son, longtime Smith County Commissioner Phillip Gordon “Potsie” Enoch, died November 4, 2020 at the age of 70.

Mr. Enoch was also preceded in death by a grandson, Sidney Lee “Little Sid’ Enoch who died as the result of a motorcycle accident on Bradford Hill Road North on August 23, 2006 at the age of 25.

Mr. Enoch’s first wife and the mother three of his oldest sons, Sidney, Phillip and Jimmy, Mrs. Frances Lucille Silcox Hamm, died on March 20, 2014 at the age of 80.