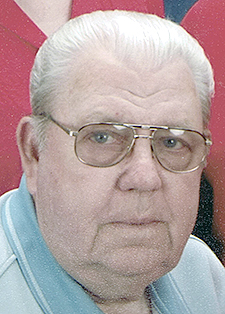 Mr. Maynard was born May 5, 1938 in the Long Branch community of Dekalb County, TN, a son of the late Wylie Gordoney Maynard and Myrtal Loral Boyd Maynard. He was also preceded in death by Sister; Bobbie Sue Grisham.

Mr. Maynard was a graduate of Liberty High School in Liberty, TN. He married Willie Ann Boles on January 14, 1962 in Carthage, TN and they resided in Stewart’s Bend for 57 years. He was a longtime employee of TRW, working there for 30 years until his retirement in 2000. Mr. Maynard served his country in the United States Army.

Funeral Services for Mr. Maynard are scheduled to be conducted from the Gordonsville Chapel of Bass Funeral Homes on Thursday, December 30, 2021 at 5PM with Bro. Shane Smith and Bro. Junior Nesbitt officiating.

Visitation with the family will be at the Gordonsville Chapel of Bass Funeral Homes on Thursday from 11AM until service time at 5PM.