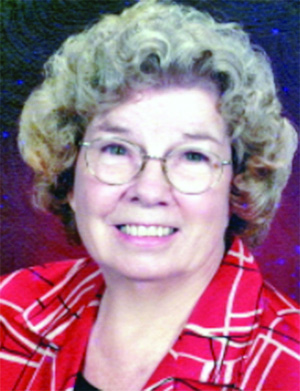 A lifelong Rawls Creek community resident, Miss Faye Mofield, died at the age of 91 at 10:43 a.m. Wednesday morning, November 9, 2022, at the Riverview Regional Medical Center where she was admitted to a swing bed on November 4th, following a period of declining health.

Funeral services were conducted by her pastor, Eld. Junior Dickerson, on Saturday afternoon, November 12th, from the Carthage Chapel of Sanderson Funeral Home. Following the 1 p.m. service, burial was beside her parents in the Mofield Family lot at the Bethlehem Cemetery in the Tuckers Cross Roads community of Wilson County.

A sister, Evelyn Janette Mofield Washer, preceded her in death on November 5, 2016 at the age of 79.

Having never married, Miss Mofield was an inspiration and an example of a Christian lady to her ten nieces and nephews and to all who came in contact with her.

She was an employee of the former Carthage Shirt Corporation before beginning employment with Robertshaw Industries in Carthage where she was employed until retiring in December of 1997.

Miss Mofield was saved at the age of 18 and on August 28,1949 was baptized into the full fellowship of the Plunketts Creek Missionary Baptist Church in the Rock City community by then church pastor, the late Eld. G. A. Gregory.

There she remained a faithful member as along as health permitted, and held membership there at her death and was the oldest living member of the church.

Surviving are two sisters, Charlene Mofield Bass and husband, Charles, Linda Mofield Watson and husband, Jimmy, all of whom reside in the Tanglewood community; sister-in-law, Charlene Holleman Mofield of the Rock City community.

The Mofield family has requested memorials to the Plunketts Creek Missionary Baptist Church.