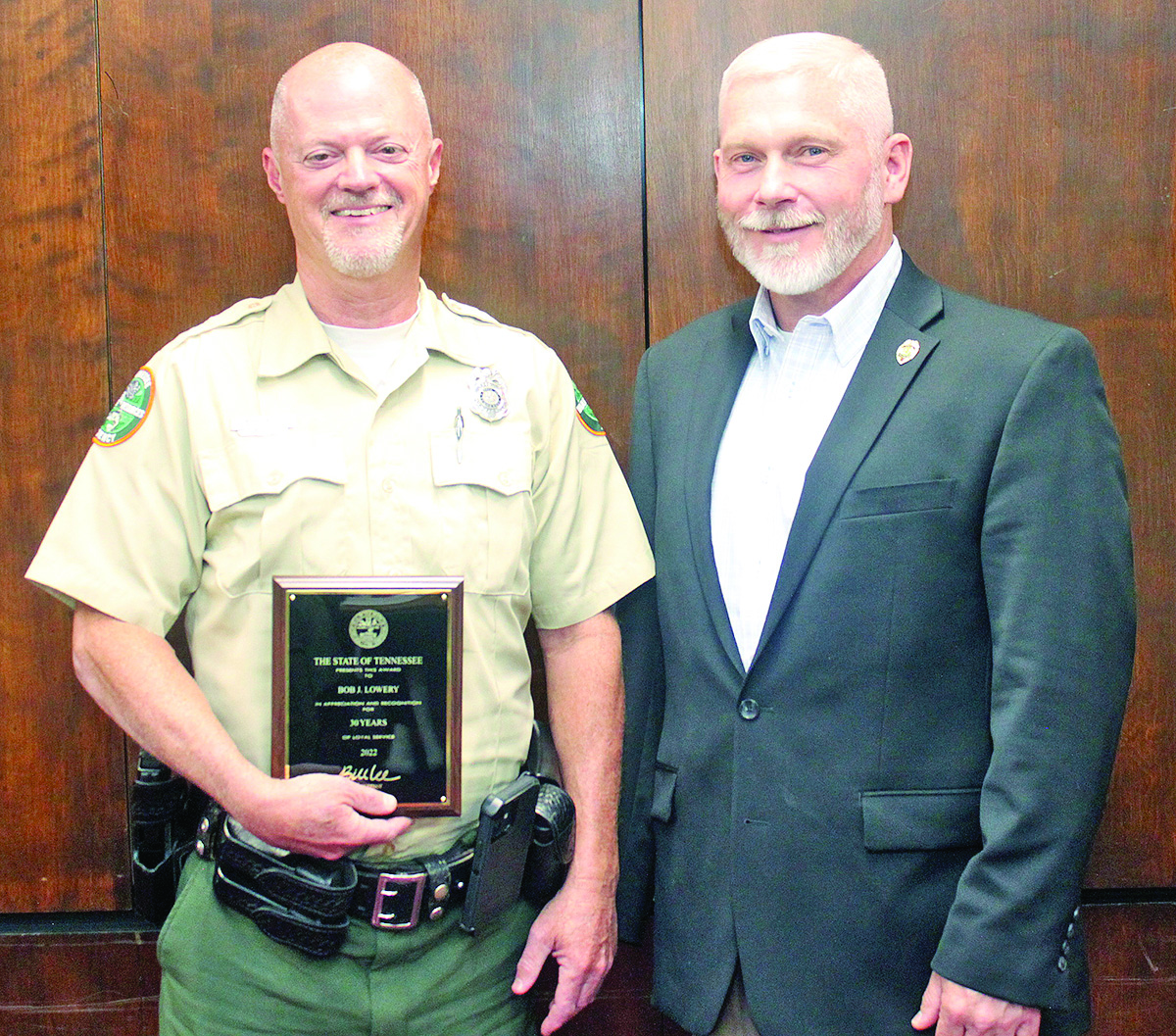 (Special to the Courier.)

Smith County wildlife officer Bob Lowery has been patrolling Middle Tennessee’s woods and waters for 30 years, following in the boot-prints of his dad, Bob Sr., who in 1950 became one of the area’s first game wardens.

“A lot has changed since then,” says Lowery, who was recently honored by the Tennessee Wildlife Resources Agency for three decades of service in Macon, Trousdale and, for the past six years, his native Smith County.

“Back when my dad was the game warden, everybody in Smith County knew him and he knew everybody,” Lowery says. “Nowadays there are so many newcomers, those personal connections are lost.”

He was first assigned to Macon County, then Trousdale for 20 years, before “coming home” to Smith County. He continues to reside in Hartsville and his wife teaches at Westmoreland Middle School.

“She didn’t want to leave our home,” Lowery explains. “A few years ago the Agency began allowing us to work in counties adjacent to where we live, so that’s how I ended up back in Smith County. This is the area where I grew up, and I still like it, despite all the changes.”

In the “old days” much of a game warden’s work involved apprehending poachers spot-lighting deer and shooting from roads.

“It could get pretty rough back then,” Lowery says.

He once answered a 2 a.m. call about a suspected poacher, and when he approached the area, a shot rang out. A bullet passed through the open window of Lowery’s truck and put a hole through a cap that was sitting on the headrest of the passenger seat.

“I don’t know if he was shooting at me, or just shooting to scare me so I wouldn’t chase him,” Lowery says.

“The Caney Fork is busy with rafters and kayakers, especially on hot summer days,” he says. “On some days I’ve checked hundreds of boats and kayaks.”

In addition to having life jackets aboard, any boat with a motor must be registered. Lowery once came upon a boat with an unusual motor: “A guy had a little electric motor that spins the blades of a paint mixer attached to his canoe. It was odd, but it worked.”

He was working a juvenile deer hunt when an excited youngster checked in a buck – and blurted out that his dad actually shot the deer. Lowery let it slide.

Lowery hasn’t decided when he will hang up his badge.

“I’ve had a great career, and I still have the fire,” he says. “I get up every morning anxious to go to work. I can’t imagine doing anything else.”