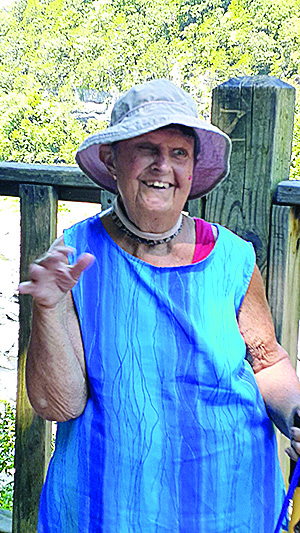 Miss Becky Baugher, of the Buffalo Valley community, was pronounced deceased at the age of 68 at 4:39 p.m. Monday afternoon, November 21, 2022, at the Riverview Regional Medical Center E. R. in Carthage, shortly after arrival.

Miss Baugher was at the Carthage Chapel of Sanderson Funeral Home. She was forwarded to Summit, Oregon for interment beside her parents in the Summit Cemetery.

The first of the eight children to precede the other siblings in death was a brother, Bryan Kertzman, who died October 3, 2010 at the age of 71 in Rapid City, South Dakota.

Miss Baugher was a graduate of Corvallis High School in Corvallis, Oregon.

Miss Baugher and her sister, Rita, relocated to the Buffalo Valley community on November 4, 2019 from Roseburg in Douglas County, Oregon

She was a member of the Carthage Church of the Nazarene.