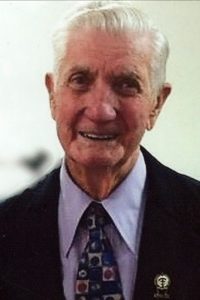 Mr. Charlie Hunt, age 96, a retired farmer of the Hogans Creek community, died at 2:25 p.m. Friday afternoon, April 24, 2020, at the Smith County Health and Rehabilitation Center in Carthage where he had made his home since October 27, 2019.

Mr. Hunt was at the Carthage Chapel of Sanderson Funeral Home. Private 1 p.m. graveside services were conducted on Monday afternoon, April 27th, with his daughter, Sister Patsy Vinson, delivering the message of hope and remembrance. Interment followed beside his wife in the Garden of Gethsemane at Smith County Memorial Gardens.

On November 22, 1946 he was united in marriage by then Justice of the Peace H.H. White to the former Juanita Mai Bennett, a Lancaster community native. Mrs. Hunt preceded him in death on September 4, 2017 at the age of 87. They had been married for over seventy years.

Mr. Hunt worked for many years on the Carthage tobacco markets and was also involved in the paving industry.

He was a member of the Chestnut Mound Emmanuel Apostolic Church where his wife pastored from for over twenty two years, before retiring on March 26, 1998.