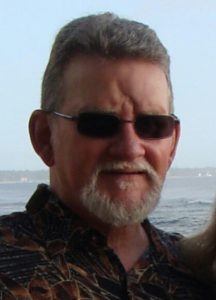 Mr. Ronnie Leonard Sr., age 73, of the Brush Creek community, died at 7:55 a.m. Tuesday morning, July 14, 2020, at the TriStar Summit Medical Center in Hermitage where he was admitted Monday afternoon, June 29th, after suffering a fall at his Alexandria Highway farm home.

Friday morning, July 17th, graveside services were conducted at 9:00 a.m. by Bro. Kevin Blackburn assisted by Bro. Richard Blackburn and burial followed in the Allison family lot at the Dickens Cemetery in the Maggart community.

He was a 1965 graduate of Jackson County Central High School and following graduation was employed in construction at the Cordell Hull Dam and later at the Hartsville Nuclear Plant.

In 1982, he began employment at the Avco (Textron) Corporation in Nashville and retired from there in 2015 with thirty three years of service.

Mr. Leonard was baptized at the Bagdad Church of Christ as a young man and since moving to the Brush Creek community he and Sue had attended the Living Waters Ministry.