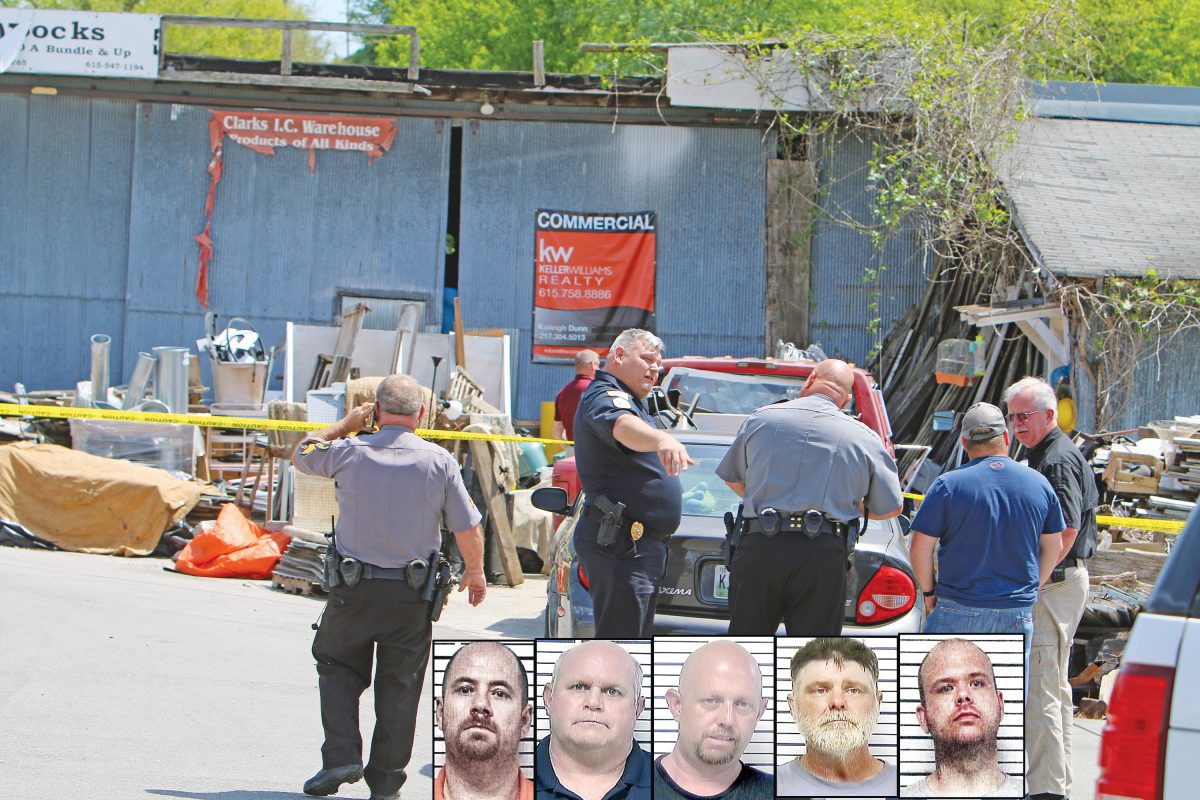 An almost two year old South Carthage murder case continues to make its way through criminal court. In April of 2019, a man was discovered beaten to death inside a former tobacco warehouse located on Hunter Avenue behind Rackley Roofing. Discovered by a relative, the victim was identified as Jason Taylor Neusse, 43, who had been deceased possibly as many as three days before being discovered, according to court records. Neusse lived in the former tobacco warehouse in an area modified for living quarters. Initially, three people were charged in connection with Neusse’s murder, indicted by a Smith County Grand Jury. Later, the grand jury handed down a superseding indictment which resulted in five people being charged in the murder.

The indictment alleges the murder took place during a burglary. Since the October, 2019 indictment, the five suspects have appeared in criminal court for a number of proceedings, mainly various motions related to the case. A trial date has been set for one of the five suspects. This month, the suspects are scheduled to appear before Criminal Court Judge Brody Kane as proceedings continue. The case to date: Shortly after the murder, in May of 2019, the grand jury returned a sealed indictment charging three men in connection with Neusse’s death.

The three suspects were arrested days later. Evidence in the case was presented to the grand jury by the Tennessee Bureau of Investigation, lead investigators in the case. The three suspects were identified as Kenneth S. McDonald, 46, White House, Jeffrey Ivan Kolb, 47, Greenbrier, and James M. Burns, 44, Greenbrier. Two of the three suspects were indicted for first degree murder, McDonald and Kolb. A third suspect, Burns, was indicted for accessory after the fact. At the time of the indictment, Assistant District Attorney Jack Bare said others could be charged in connection with the murder. Following further investigation, the murder case was presented to the grand jury a second time during a special session on October 28 (2019).