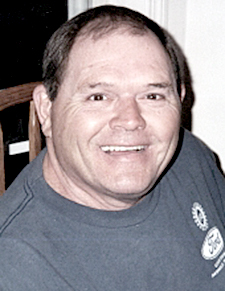 Mr. Terry Toney, of the New Middleton Community, died peacefully at 2:15 p.m. Monday afternoon May 24, 2021 with his wife at his bedside. Mr. Toney, age 78, died at the St. Thomas Hospital West in Nashville where he was admitted May 18th with circulatory complications.

A public graveside service was conducted on Thursday morning May 27th with Eld. Junior Dickerson officiating. Interment followed the 11 a.m. services near his parents in the new West section of the Sanderson Cemetery in the Pleasant Shade Community.

Mr. Toney was born Phillip Terry Toney at the family home in the Pleasant Shade Community on October 13, 1942.

He was preceded in death by a sister, Barbara Ann Toney Lewis who died from cancer at the age of 33 on December 13, 1972.

At the West Nashville United Methodist Church in Nashville on February 25, 1966, he was united in marriage to Nashville native, the former Helen Lenette Neely.

Mr. Toney was a 1960 graduate of the former Cumberland High School in Nashville.

Mr. Toney proudly served our country with the United States Marines and was honorably discharged at Camp Lejeune, South Carolina from active and reserve duty on February 13, 1970 with the rank of Sergeant. He was awarded the Rifle Range 215 Sharp Shooter Badge and the Good Conduct Medal. He was inducted in Nashville on May 23, 1964 and served with the 3rd Rifle Company.

He was a member of the Pleasant Shade Upper Cumberland Presbyterian Church.

Mr. Toney’s love for Mustang automobiles was evident with his collection of two 1972’s and a 1988.

Mr. Toney retired in 2005 from the Ford Glass Plant where he was employed for over seventeen years and was a member of the United Auto Workers.

The Toney family has requested memorials be made in Terry’s memory to the Sanderson Cemetery Mowing Fund.